Blog Take a Look at the Bigger Picture

A picture window can really add value to a space and a drastic change in scenery. This week I learned how important that can be to homeowners. I recently had the pleasure of trekking out to the lovely property of Francis and Alan Erickson to take photos of their newly installed windows. They welcomed me into the home with open arms and were so delighted to have me over to show off their home. I immediately fell in love with the landscape of their property, proudly done by Francis herself. She had an abundance of roses and greenery and even some plants I didn’t even recognize. 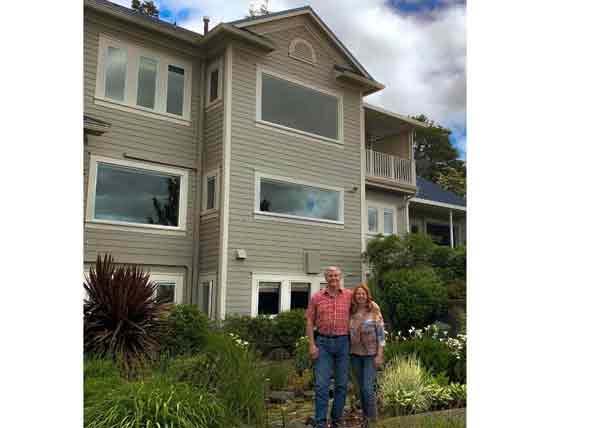 She mentioned how “If I see a weird plant and I don’t know what it is, I’m drawn to it and have to add it.” Aside from her lush garden we stepped right out on the beach, it was overwhelming to be amidst all the flora and looking out over the water and the mountain range. I was truly taken aback and was so thankful to have this opportunity to spend the day away from my home in the noisy, hustling and bustling city. 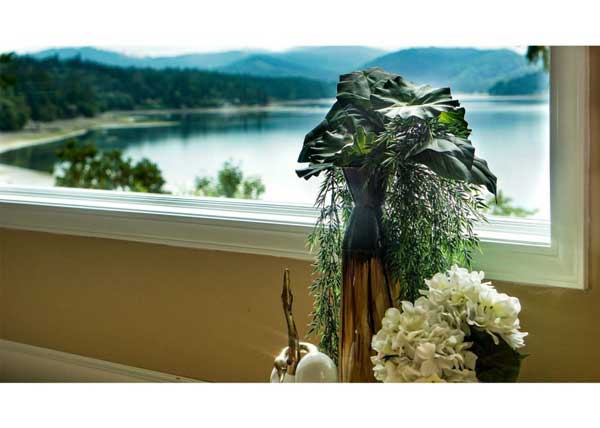 From Texas to Washington

The Erickson’s and I immediately had a connection with both of us originating from the Lone Star State of Texas. They moved up to Washington from El Paso merely to escape the dry heat and to enjoy the benefits of our diverse climate, and well frankly, their view says it all.

Our Home to Yours

Overall, they were thoroughly impressed by the service they had received start to finish. From the moment we took the long, and I can say from personal experience, complicated and at times fearsome drive to their home to give them a quote until the final day of installation they consistently noted how happy they were. Alan gave me a house tour of all the rooms we installed picture windows in and said, “each picture window just added to the WOW we keep saying when take a look outside.” He proudly pulled out his iPad to show me his photo album of all the beautiful sunsets he has since captured from his beautiful deck and the windows installed in his bedroom and kitchen. Seeing those pictures instantly took me back to my hometown just slightly north of San Antonio.

“”The sunsets out there I thought were unmatched until Alan showed me the first image. 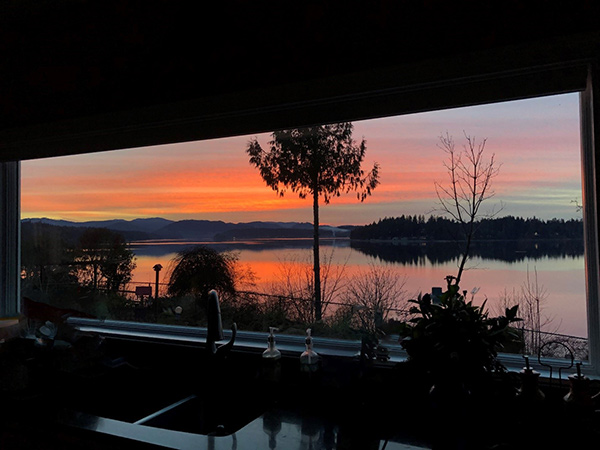 The sunsets out there I thought were unmatched until Alan showed me the first image. The array of deep reds and oranges, pinks and some blue tones levitating along the mountain range were breathtaking. He was so delighted by the fact that he is now able to enjoy a view as spectacular as his right from the comforts of his bed.

Meeting the Erickson’s and having the opportunity to explore their little oasis in the backwoods of Olympia was the highlight of my work week. I began to see how important it is to be able to get a change of scenery when you get the chance, whether that be moving across the country or simply just replacing a window. Seeing the joy in the homeowner’s from just a simple improvement to their home really inspired me to understand the value of taking care of our homeowners.