Ask local homeowners to name the residential architectural style that defines Seattle and you’ll likely get different answers. Homebuilding in Seattle, Washington has come a long way from the days of our area’s earliest settlers. 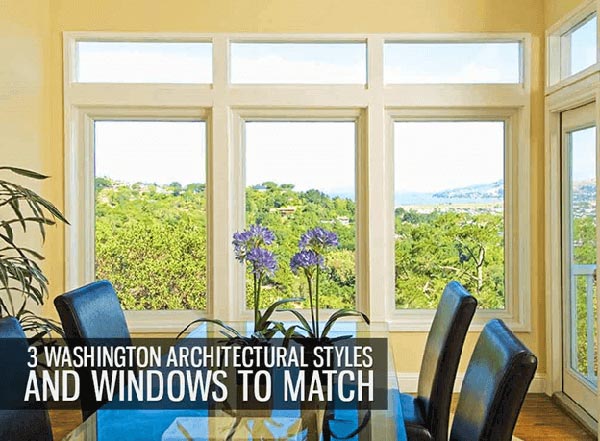 The first houses influenced by European architecture were mostly made of wood, as it was the most abundant building material at the time. As such, homeowners prefer that particular look for their homes, despite the availability of smoother modern materials.

If you’re looking into getting a new window replacement in Bellevue soon, understand the popular Bellevue, Washington architectural styles first. Then, choose the right windows for them from Renewal by Andersen® of Seattle.

Known for its imposing brickwork and turrets, Victorian architecture was one of the first European-influenced architectural styles used in Washington. It was at the height of its popularity during the late 19th century.

There are many styles derived from this style, including closely-knit Victorian apartments and sweeping mansions. Nonetheless, a common design theme is the use of bay or bow windows at the lower level. This gives dimension and maximizes space in apartments. Smaller structures and medium-sized houses feature double hung windows in Bellevue.

This is often described as flat or boxy because of its low hipped roofs and centered front door. Inspired by ancient Greek and Roman architecture, Federal-style houses are similar to the Georgian, apart from the latter’s higher pitched roofs.

Double-hung windows seem to be a staple of just about every architectural style. Nevertheless, Federal style double hungs are unique in that they feature a lot more panes per sash. In fact, some windows feature as much as 12-over-12 panes.

These styles are used interchangeably to describe early 20th century houses that feature low and rambling structures, with designs that emphasize the material and a “hand crafted” feel. This was a response to the then concurrent emerging industrial designs. Shallow pitched roofs are another identifying characteristic.

These styles often utilize a variety of window types like gliding windows in Bellevue, but the most common are casement windows and double hung windows. The stained wood interior is a popular choice of interior finish. Grille styles are usually vertical in proportion, with the same motif carrying over on top of doors and fixed windows.

If you’re looking for windows in any of these styles and finishes, get in touch with Renewal by Andersen of Seattle today. Call us at (206) 777-0954 or fill out our contact form.